You are here: Home / About / Meet our Teachers / Kathy Graham 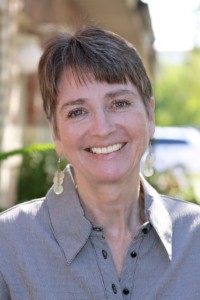 My Montessori journey began in 1974, while I was attending Loyola University in Chicago. Before completion of my Associates Degree in Early Childhood Education, I was required to do an internship at one of the local preschools, not knowing that it was a Montessori School. After only a short period of time I realized it was a very special place, and knew that I wanted to become a Montessori Teacher. Since Xavier University was offering both a Montessori training along with a Bachelors Degree, I decided to travel to Cincinnati to complete my education and become Internationally certified as a Montessori teacher. After graduating from Xavier, I returned to Chicago to teach, soon married, and eventually raised three wonderful sons.

In 1984, my family and I moved to Jacksonville. Anxious to continue teaching, I began to search for a school in the area, only to discover that the closest Montessori school was nearly 30 miles away. With no possibility of traveling the long distance, or relocating to Amelia Island, I decided to start my own school by purchasing a school in Savannah, Georgia, moving the entire contents of the school to Jacksonville, buying and renovating a small beach bungalow near Downtown Jacksonville Beach, and then finally creating an environment to meet the needs of the preschool child. The almost two year process ended when Montessori Tides was able to open its doors to the community, serving then only 4 students. With plenty of room to grow, we continued to accept new applicants so that by the end of the year we were at near capacity.

By 1991, as the school continued to flourish, the growing need for Montessori in Jacksonville soon became evident. It was then that I was contracted by the Duval County Schools to consult with and train several public school teachers, since, at the time, I was the only qualified teacher educator in the area. As a model school for the implementation of Montessori education in the Public Sector, Montessori Tides School provided guidance and direction to many future Montessori teachers that year, as well as in the coming years, and to this day continues to work closely with all the local schools, both private and public, to ensure that the integrity of Montessori is upheld in our community.

As the years passed, the little brick school house was becoming too small and expansion was necessary, so that by 1998, it was time to move, find a larger location and grow both up and down – serving children now from Toddler through elementary years. During this time I continued to teach in the classroom, provide leadership to over 25 employees, consult with and intern teachers locally and in cities such as Nashville, Raleigh, Charlotte, and Orlando, train and direct Montessori teachers in Florida, North Carolina, and Tennessee, and obtain a Masters Degree in Mental Health from Nova Southeastern University.

The years spent dedicating myself to both Montessori Tides School and teacher education finally came to a slow down when my grandson was born in 2008. It was then that I decided to sell the school, focus on assisting the new owners, teach only in the classroom, and most importantly, spend time with family. I feel blessed to continue to be a part of Montessori Tides School, and to especially have my grandson here with me to experience that blessing.