The elementary students met on the playground the first day of school. When they went to Room 3, they found the room dark – even the windows were covered. As shoes squeaked across the floor, the students quietly sat on the floor, and Miss Jessica began the lesson: “Long, long, long ago….”

After an introduction to the “great mystery” of creation, Miss Jessica popped a balloon with a big bang, letting the confetti inside spill to the floor. With a lighted candle representing the sun, the lesson touched on gravity, and the creation of the stars and the planets. Science experiments, such as liquids that separate according to weight and a bubbling volcano, helped to illustrate how the earth formed.

The story ends with the earth ready for life to begin.

These students started the school year with the first of the Five Great Lessons in Montessori education – the creation of the universe. All of the lessons are factual stories told in a dramatic fashion that is meant to make an impression on the young minds that experience them. They are meant to spark interest across all subjects.

The lesson did not end with the story, however. The Lower Elementary students gathered their sketchpads and colored pencils to draw something from the lesson that made an impression on them. The lesson also leads to writer’s workshops, in which the students write their own creation stories. Future lessons allow the students to explore such things as the relationships between the sun, earth and moon, and beginning science concepts, such as solids, liquids, gases and gravity. 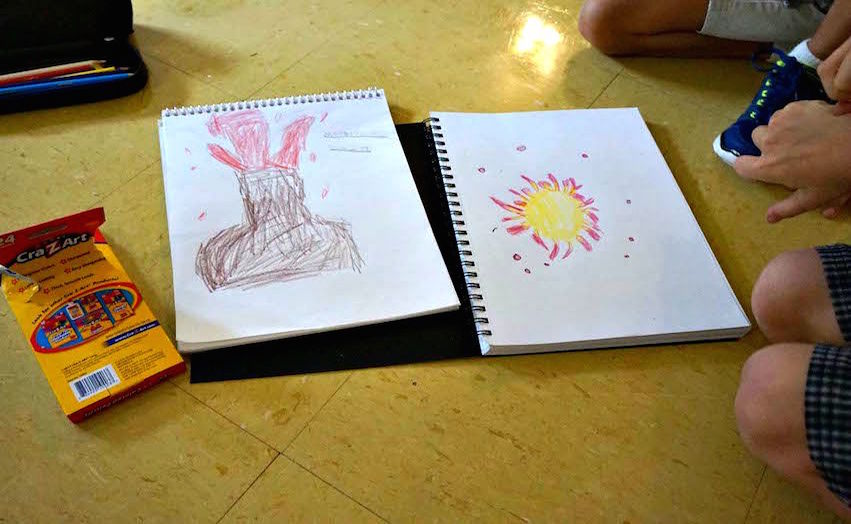 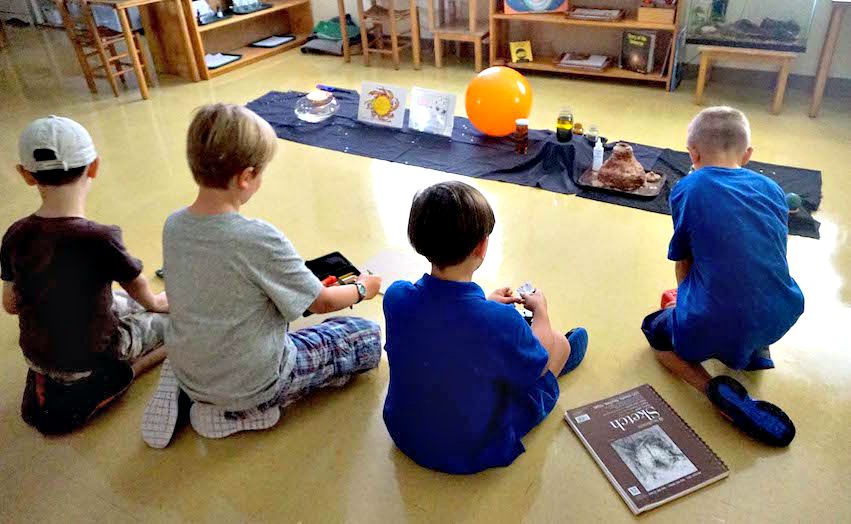 Following the creation lesson, the Upper Elementary students had the opportunity to create art, write their own creation stories or reflections, or do research.

Dr. Montessori believed in showing children the whole, so they would become interested in the parts. In showing the students in an interesting way how the earth was formed, the lesson sparks interest in subjects such as astronomy, geology and geography.

The lessons also help children to learn about big ideas and how all things in the universe are connected.

More information on the Cosmic Curriculum is available in a previous blog post by Miss Nancy.

The following Upper Elementary works were done in conjunction with the Five Great Lessons.

The name of my animal is a Pteranodon. My animal lived in the late cretaceous period, about 89-70 million years ago. It ate fish. My animal’s enemies were the Mosasaurus. One interesting fact about my animal is they could fly. My animal looks like a pterodactyl, but it is green and a little red.

Our school’s mascot is a Nautilus. There are six different species. They have 90 suckerless tentacles. Nautilus have very weak eyesight. They can get to be 26.8 centimeters (10.6 inches in diameter).

Nautilus lay eggs. They attach the eggs to rocks in shallow waters. The eggs take 8-12 months to hatch. They can live for 20 years. Males can get a little bigger than the females. They eat: lobster, hermit crab and carrion of any kind. The Nautilus are scavengers. 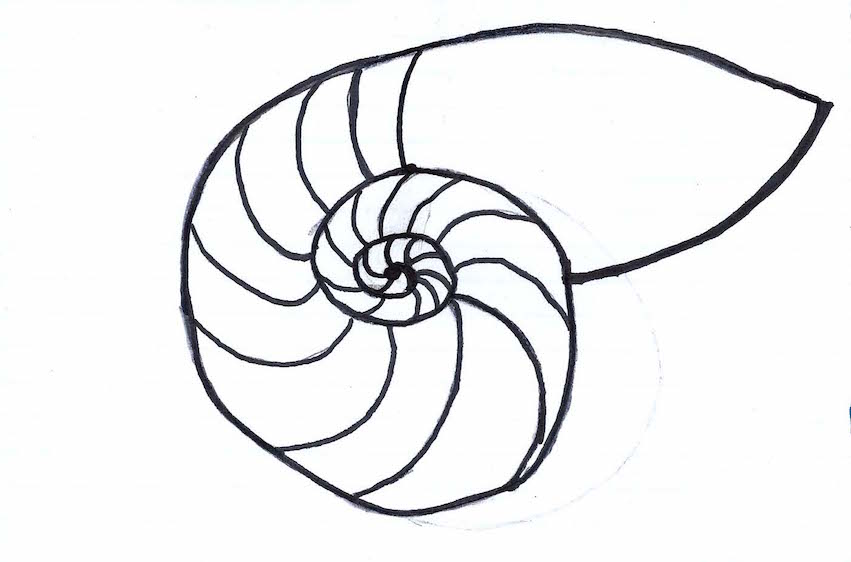 Crinoids no longer exist, but they did exist back in the Paleozoic Era and in the Ordovician Period. They were a type of sea lily. Crinoids were marine plants that started in the Crinoidea class. They looked like lilies attached to the bottom of the ocean, a reef, or a piece of coral by a stalk, stem, or root. There is a mouth on the top of the lily part and vinelike arms that are hairy and colorful to attract prey. That’s why it has a mouth on the top, so it can eat.

Crinoids were invertebrates because vertebra weren’t useful back then, and there were no vertebrates back in the Paleozoic Era. Finally, scientists find many fossils of them today.

Keep up with the latest news from Montessori Tides with our newsletter. Sign up with your email address to receive updates about our school.